skip to main | skip to sidebar

The other day, I put a status update on Facebook, asking the universe to please send me more auditions, because I'm ready to rock them. About two minutes later, I got a call from my commercial agents, with an audition for a Drunk Driving PSA! Yay! I felt like I took the adjustment well--they wanted things really subtle. So, we'll see! I would love to get the callback! I'm ready, baby! Working actress, SAG member--bring it on!

I wrote out a rough draft of a sketch for possible submission to a friend's variety show (recurring every other Thursday at Second City LA). I like it so far--it's based on a sketch I did in college (and cowrote with a friend).

In other news, had a cd workshop with Scott David today. He's always so much fun! It felt a bit odd to not have been acting for so long--got a little nervous about being rusty, so I was kinda down on myself afterward. But, he said I took his adjustment well, so that's good.

Keep your fingers crossed that I'll get a callback for the PSA!!!!!! Just putting it out there--I want to book the PSA!
Posted by dc at 8:10 PM No comments:

Labels: audition, casting director workshop, putting it out there, writing

Wow, been a while! I haven't had internet at home, so I've been kinda MIA. But, I'm sitting at a Coffee Bean right now, intending to get some work done. :)

~I had an audition for an industrial a few weeks ago, which was gotten for me by the gal managing me. It was an interesting experience--I looked at it as a learning opportunity, because the entire thing was a little unorthodox.
~Finished another draft of the pilot, updating it so as to have my character be part of the opening. We'd received some notes that it needed to be more like a pilot, and I think refocusing it has helped. I just sent it out for more notes and got back some good ones--looking to incorporate them this week. Zach has a meeting coming up with a family friend who is a producer on a good CBS drama that is doing well, so he'd like to have the script in time for the meeting, so he can pass it along.
~Been researching subject matter for the short film. We're looking at filming in about six weeks. It's less of a short film and more of the start of a web series, as it's designed to be under the SAG New Media contract and we have more than one episode planned. Research has required me to watch 'Survivor', which I had never watched. It's not really my type of show. While I totally got hooked on this last season of 'The Bachelorette' and I love me some 'Dancing with the Stars', reality tv hasn't interested me much since I was a teen. Oh, but I do love 'The Biggest Loser', because I feel like they're actually doing some good--addressing personal issues, promoting self-awareness and personal growth, and (of course) improving health. Anyway...we've all started playing producer--Leigh and Michelle have been doing research on what we'll need contract-wise and equipment-wise. I started contacting actors this week. We're meeting Friday, to hammer out what we need for paperwork and the outline of the script.
~The pitchbook for the show is coming along, slowly but surely. We're really taking our time, making sure every word is right, finding places where characters are weak and strengthening them, etc. Once we have it done, we'll have the actors over to see it, so they know what we've been doing.
~I have a casting director workshop this weekend with a great CD, who I've done one workshop with previously. I'm excited--I like the scene I found for it--and a bit nervous, of course. But more excited than anything else. :)

I miss my acting class more than I can even say--not sure it'll be starting back up anytime soon, which sucks a lot. I haven't yet begun looking for a new studio, and I would prefer not to have to do that, but it may be necessary. I know I'm not the only student who misses class a ton. I may explore some improv options, too, instead of a traditional class. We shall see...

Things have slowed down a bit commercially, but I'm hoping they pick up soon. I dropped off my usual batch of cookies to my agents the other week--I always like to drop in, say hi and give them something tasty just to say thanks!!

I just looked up at the TV in Coffee Bean, which runs news, weather and other kinds of updates. My horoscope was just on: "You're about to make your mark on the world. Get ready for greatness!" LOVE IT!!!! Excellent!!! I'm ready to be a working actress and writer!! Let's book some projects!!!
Posted by dc at 4:35 PM No comments:

dc
I'm an actress/writer, originally from Chicago, making her way along in LA... It's all about expressing gratitude and having the right attitude, baby! 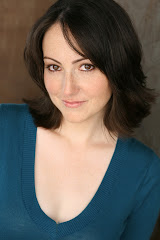 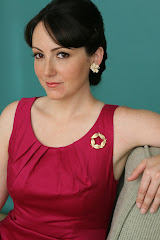